Following Lama Ole’s wish, we are building a Victory Stupa in our retreat center KPL, the first Diamond Way Stupa of the Americas.

The idea of having a Stupa in Colombia first arouse in 1993 when Lopon Tsechu Rinpoche, Lama Ole and Hannah’s first teacher, visited our country for the first time.

Twenty-two years later, during the first course held in KPL, Lama Ole pointed his finger towards a small hill in the neighboring land. It was the precise spot where he considered that a Stupa could be build. Thanks to the generosity of a group of sangha friends, this land is already ours.

With the building of our Stupa we are also preparing to receive more friends in our retreat center. We want to have the best possible conditions to offer, thus we are planning some renovations and new facilities in our Radiant Good Land.

All of us together will make possible that KPL keeps growing and that our Victory Stupa, with the blessing of Lopon Tsechu Rinpoche, Nedo Rinpoche and Lama Ole, shines from the heart of Colombia to all the corners of the world.

Timeline of our project 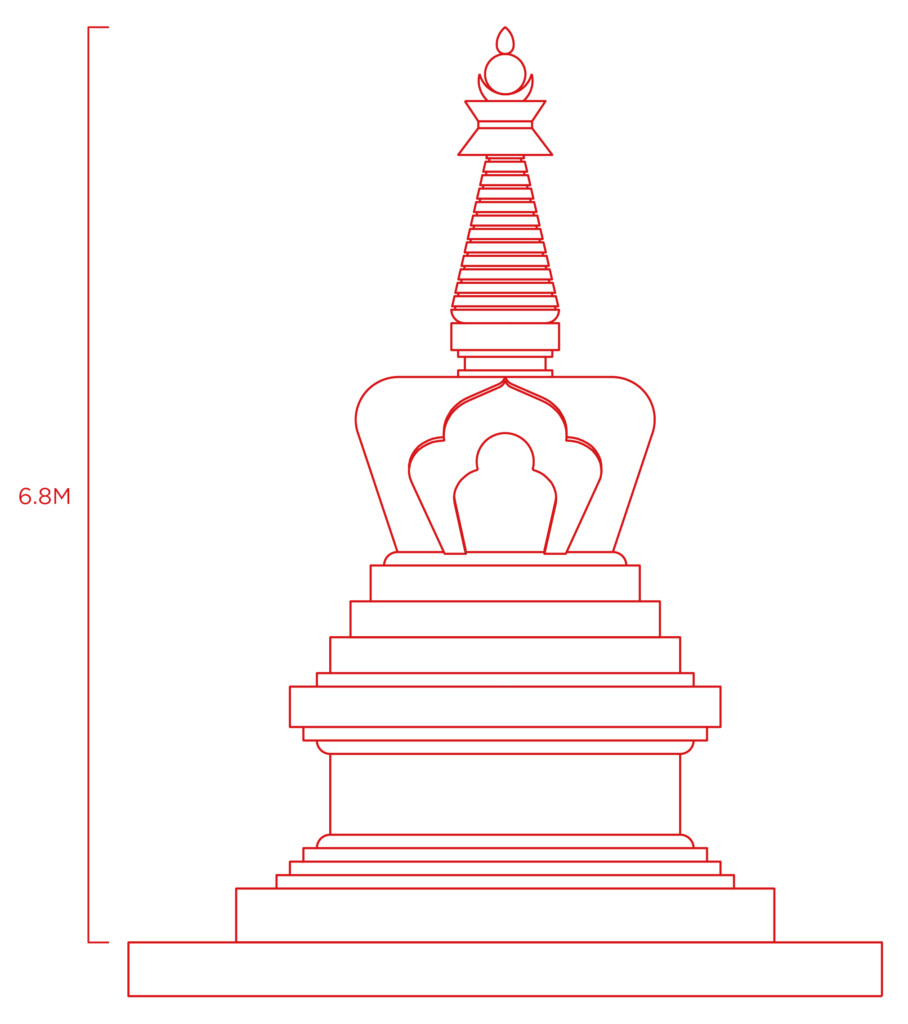 The Stupa we will build in KPL is called the Victory Stupa. It is one of the eight types of Tibetan Stupas which represents, among others, one of the most significant event of Buddha’s life story. Also called the Stupa of Complete Victory, Stupa of Long Life or Namgyalma Chörten, it represents the moment in which Buddha prolonged his life by three months, upon the request of his students1.

Our Stupa will be built under the spiritual guidance of Nedo Rinpoche and Lama Ole Nydahl. The Stupa’s architect, following Lama Ole’s wishes, is Wojtek Kossowski who has the direct transmission from Lopon Tsechu Rinpoche for building Stupas.

Our KPL Victory Stupa will be 6.8m high. It will be carved out of gray granite in Poland and then shipped through the Atlantic Ocean to Colombia.

Source: Lecture about Stupas given by Maggie Lehnert in Copenhagen on July 18th, 2020

The activity at KPL keeps growing and every time more friends from the Americas and all around the world come to visit us. We want to improve the infrastructure in our retreat center, to provide the best possible conditions for the friends who will come for courses, retreats, to help us with the Stupa construction, for its consecration ceremony and from then on.

These are the infrastructure developments we plan to carry out:

Want to support our project?

How we work
Back to top
Menu
Menu