what is a Stupa?

Stupas are some of the most ancient architectonical structures in the world, older than Buddhism itself. They were built in ancient times as simple reliquaries or tombs for kings and great heroes.

In the times of Buddha Shakyamuni, it was the Buddha himself who left teachings and instructions of why and how to build Stupas. With the flourishing of Buddhism throughout the different Asian countries, Buddhist Stupas also arouse, manifesting deep meanings and symbolism.

According to Buddhism, suffering arises from our basic ignorance, from which all other disturbing emotions also arise. Stupas symbolize the victory of the highest wisdom over the suffering of ignorance, the liberation from suffering and its causes, leading to a state of mind of unconditioned happiness. They express the possibility of reaching enlightment, a state of mind inherent in every sentient being. 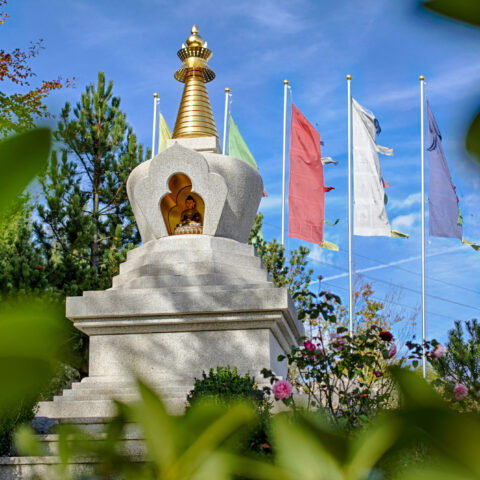 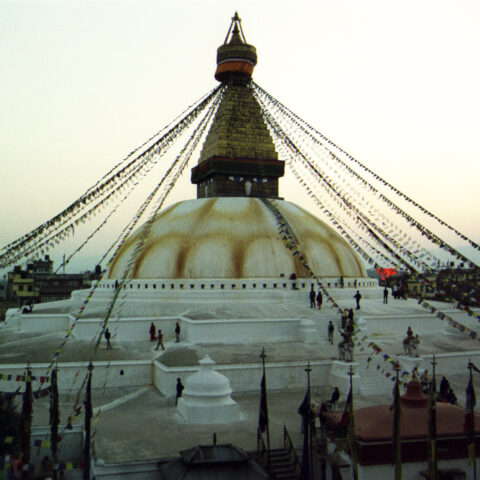 Stupas have different meanings and representations and all of its parts have deep symbolism. Among others, Stupas symbolize the Buddha himself and his enlightened mind. They also represent the most significant events in the life story of Buddha Shakyamuni. The 84.000 teachings given by Buddha are also encoded in Stupas, representing the gradual development of a Buddhist practitioner on its way to enlightment.

The universe and its formation, according to Buddhist cosmology, is also represented by Stupas. Consecutive parts of the Stupa point to the elements from which the universe as well as the human being is composed: consciousness, air, fire, water and earth-solid element.

Stupas are also Mandalas, they are energy fields which are activated once the construction of a Stupa is finished, during a consecration ceremony done by a qualified Lama.

The purpose of a Stupa is to inspire all beings to go in the search of the real nature of their mind, and one day reach the goal. Just by looking at it, touching it, or even being reached by the wind which has touched a Stupa, we receive its blessings.

One can simply enjoy the place where a stupa is located, meditate close to it or walk clockwise around it. All kind of beyond personal wishes for the benefit of all beings, are very powerful when made close to a Stupa. 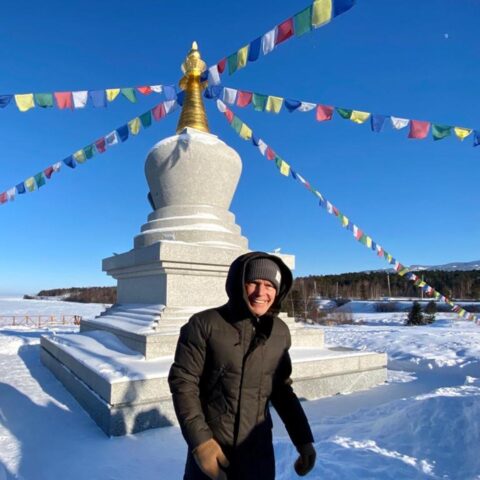 LAMA OLE IN THE VICTORY STUPA OF TANKHOY – SIBERIA

Source: Based on a lecture about Stupas given by Maggie Lehnert in Copenhagen on July 18th, 2020

Back to top
Menu
Menu